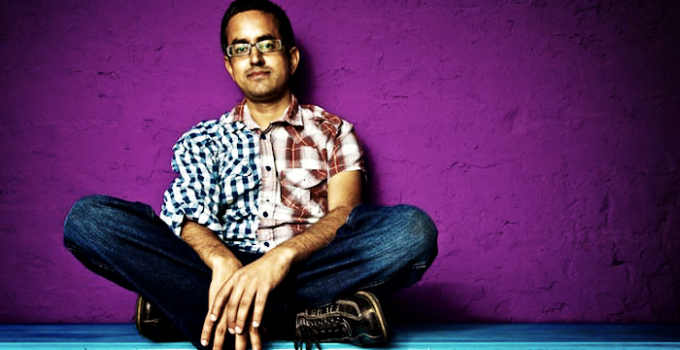 About Asad Rzivi
Frequently misspelled, Asad Rizvi is a name that House music lovers associate with consistency, refinement and diversity. With over 100,000 units sold of his work, Asad’s sprawling discography covers a multitude of dance music’s most illustrious labels including Om, Global Underground, King Street, The End, Wall of Sound, Loveslap!, Tango, Urbantorque, Loaded, Visitor, as well as his own imprints Wrong and Reverberations. Having been dubbed a “new school hero” by Muzik magazine, “Producer for 2000” by Mixmag, and a “DJ for 2000” in The Face, “Best Compilation of 2003” in M8, his distinctive sound has continually been winning appraisal from the industry’s leading music publications and Dj’s alike. Over the years his work has won the avid support of jocks as diverse as: Danny Tenaglia, Laurent Garnier, Mark Farina, Terry Francis, Mr. C, DJ Heather, Tom Middleton, Doc Martin, Adam Freeland, Gilles Peterson, Inland Knights, Fred Everything, Danny Howells, Desyn Massiello and seemingly countless others.

Asad is not up there in the top 20 lists of the worlds’ biggest DJs. He has nonetheless remained one of the busiest and most well-travelled London house jocks for many years. His infectious yet eclectic slant on House music has regularly proven to satisfy the most purist underground dance-floors to the most up-for-it big room crowds. Having graced the decks at hundreds of venues across five continents, he has made appearances at some of the world’s most well respected venues including Fabric (London), Pacha (Buenos Aires), Stereo (Montreal), Folies Pigales (Paris), Roxy & Mecca (Prague), Crystal (Istanbul), The End (London), and playing to crowds of up to 20,000 people.