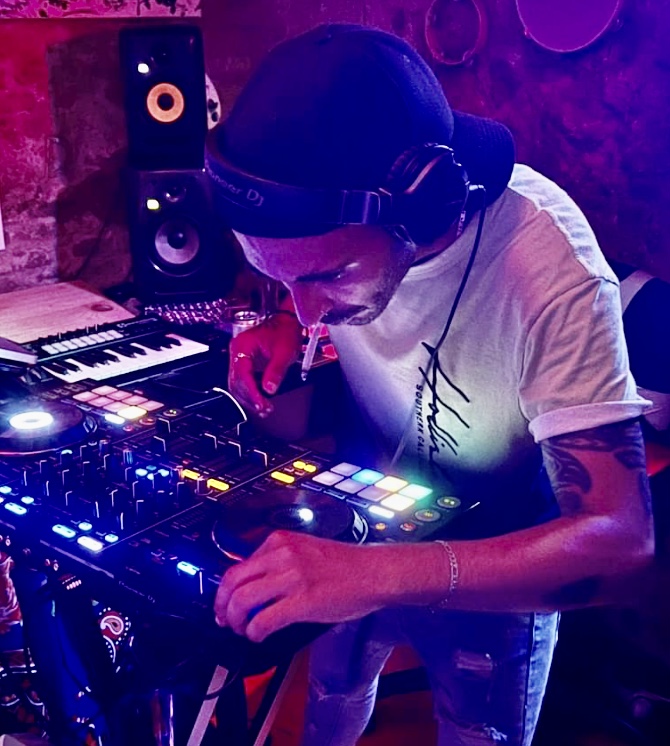 Being in love with music all his life,
Mina Kam, known by his stage name MįnaKām or IITymZz, is a charismatic and energetic performer that comes from an Egyptian/Italian background bred between North Africa around the Mediterranean region and the EEUU. Ever the innovator, he started creating original sounds influenced by world music, resulting in a musical mystical style that spans Urban fusion/ House/ World/ Deep as well as Uplifting tunes.

In 2002 MįnaKām started his career spinning vinyl in the underground scene from the far West in the EEUU to the far east of the states stretching all way to Florida. During this time he decided the Science of Music and Sounds was his fascination and passion. While studying he never stopped performing in small events, parties, birthdays, holidays, private bookings, and anything he could find in his way, but then he hosted and performed in self-produced mini-day festivals and mid-day events across the EEUU, and later he expanded back to the EU and started branching around Italy, Spain, Bulgaria, Romania, and the Netherlands.

Having been influenced by such musical styles as World music, Original Chicago House, and West Coast Funk, MįnaKām never had a specific interest in just one genre, he began remixing, producing, and Djing some original beats and different styles inspired by the various sounds, textures, and musical styles involved in world music. At the time he began a project collaborating and producing a new brand of Urban Fusion, eventually branching out into House, Tropical, Tribal, and Uplifting.

With his background in music, events, events coordination, visuals, lights, staging, and being part of the entertainment industry for the next few years, Bass Sounds of the Universe became a network that brings together the best vibes from every corner of the world, sounds full of love, bass, energy, and uplifting feelings hosted from beautiful homes to huge clubs, venues, and properties Worldwide.