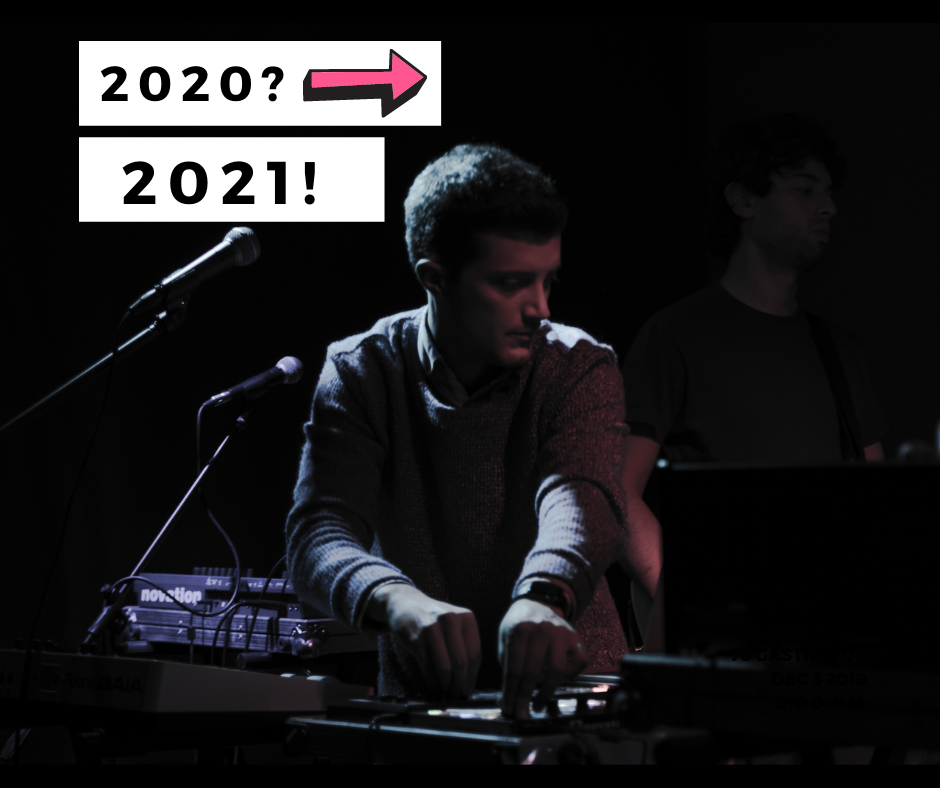 To say goodbye (and fuck) to 2020 and welcome 2021, we have played this live-set on New Year’s Eve.
The event was set on Facebook live (on our Facebook page) and then uploaded on our Soundcloud’s profile.

Wicked Expectation are a mix between electronic/downtempo and IDM.
Band was formed in 2012 and published its debut album ‘Visions’ in 2015 that was played live across Italy and Switzerland.
The sound research and new instrumental set-up pushed the band to create new songs included into the new album ‘Folding Parasite’ that has a massive use of synthesizers and samples, with less guitars and acoustic drums compared to the previous album. The album was published on March, 10th 2017.
In April 2019 the band released ‘Echoes’ which represent a step further into Wicked Expectation production process. The sound is even more electronic and abstract with downtempo rythms, allowing the band to play also dj sets.
In June 2020 Wicked Expectation’s new EP “Emotional Control” came out. It’s a two tracks EP which combines IDM and Broken-beat genres, surrounded by atmospheric grooves that create an immersive sound for the listener. The EP has been published by “Sideshape Recordings” (@sideshape), an independent label from Turin.